Top Blockchain Predictions and Technologies for 2020 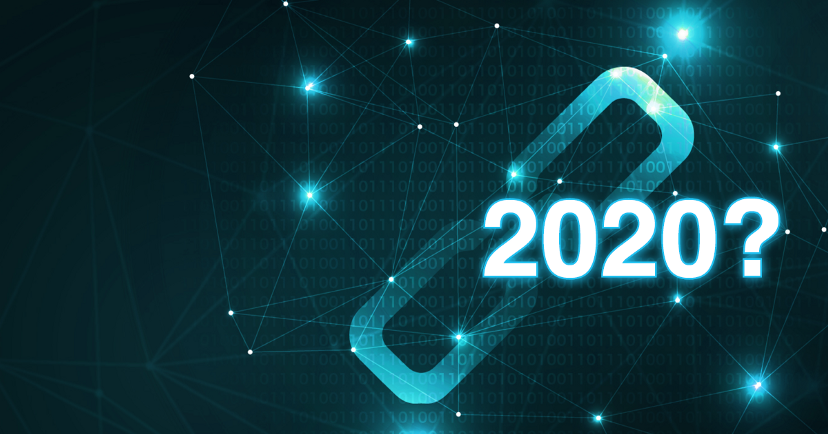 2019 is coming to its end and sadly we have to say goodbye to it. We can safely say that this year has been an amazing one for Blockchain technology- new startups, successes of massive companies, and slowly the technology is getting recognized by mainstream firms and implemented like never before. This year the masses slowly started to warm up to what Blockchain provides in terms of decentralization and security.

Nevertheless 2020 is swiftly approaching and it’s time to start the Blockchain predictions, according to tradition.

A couple of quite exciting things are waited for like China’s launch of the CBDC (Central Bank Digital Currency). President Xi Jinping showed as a massive supporter of Blockchain as in his words “blockchain is the future”.

A professor at the London School of Economics, Keyu Jin commented:

“There’s a consensus around the world among central bank governors and governments at large that they want to have control of money and money supply.” She stated that the need for control “is probably more unique to China than anything else.”

China is no stranger to Blockchain because it’s one of the biggest crypto and Blockchain markets in the world. Nowadays the Bank of China issued a sum around 2.9 million dollars of financial bonds for small companies.

Another “talk of the town” has been whether the U.S Securities and Exchange Commission will approve Bitcoin ETF fillings. The commission has not year agreed upon them for not having enough financial surveillance. Another reason for the Bitcoin ETF rejection may be the appointment of Brad Sherman in the Subcommittee on Investor Protection, Entrepreneurship and Capital Markets, which is overseeing the commission and Sherman is not really supportive of cryptocurrencies.

Stablecoins! This is a major topic in Blockchain and companies like J.P. Morgan and Fnality’s stablecoin will be probably launched in 2020.

Another prediction is growing of the DeFi ecosystem with around 290 million dollars’ worth of different applications on this ecosystem. This sum grew thanks to the growth of the Dai stablecoin and the Maker DAO with expansions of prediction markets, decentralized exchanges, and others. Also, the Open Finance system is predicted to expand and it became quite the topic in the VC space.

On the 24th of July 2019, the BSV network underwent a protocol upgrade called the “Quasar” upgrade that is taking the block size “hard cap” of BSV from 128MB to 2GB. This was extremely important to the BSV Blockchain because it highlighted the potential that Bitcoin always had. Such capacity competes with the VISA payment network and also supports other enterprise applications.

“With the Quasar upgrade, Bitcoin is beginning a cultural transition as miners start learning it is their role to manage block sizes based upon market forces and their own economic incentives, rather than leaving block size to be arbitrarily dictated by protocol developers. In February 2020, the BSV network will take another step in this transition with its ‘Genesis’ upgrade — in which the Bitcoin SV Node team will completely remove the default hard cap (or more accurately, the default hard cap will be infinite). This will open the door to infinite scaling of the BSV network, and foster the new Bitcoin culture where miners are responsible for block size.”

The mentioned Genesis upgrade will allow Bitcoin SV developers to yield power to the Bitcoin protocol, and miners to build infrastructure while using the network as a service open to all users. As for-profit entities, the upgrade delivers them the self-determination to compete with each other. This way the Bitcoin ledger’s capacity expands and it’s ready for global adoption.

The lighting network is a second layer implementation of Bitcoin that makes it possible for Bitcoin transactions and payments to be made. It’s fantastic for speed and low fees on transactions, so in 2020 there is seen potential of this layer to become flooded with apps, channels, and nodes.

In 2020 privacy developments are raising in numbers. Firms like Ernst & Young came up with the product Nightfall that can be used for the public mainnet for transactions with enough privacy.

Cross-blockchains pilots are expected in 2020, as we witnessed the move of Hyperledger Besu to Linux Foundation Hyperledger. This was a definite sign that permissioned Blockchains might start to cross. There is a thorough research conducted on how digital assets on various chains might co-exist.

The U.S state Wyoming has been working on digital assets and banking-friendly groundwork, as they separate assets in three categories with distinguishing virtual currencies and digital securities.

The state has released new opt-in custody rules for its so-dubbed “blockchain banks,” that are covering airdrops, staking and forks.

A series of tweets from the Fordham Law Blockchain Regulatory Symposium states the rules:

Wyoming’s work was so impressive that states like Arizona and Colorado are looking up to it.

As we recapped, 2020 is going to be pretty exciting and as for Blockchain and digital ecosystems, it looks like it’s about to be THE year for new opportunities and achieving goals in a decentralized manner. Blockchain projects and digital assets are set to grow in adoption with the like hood of rising breakthroughs in mainstream use cases.